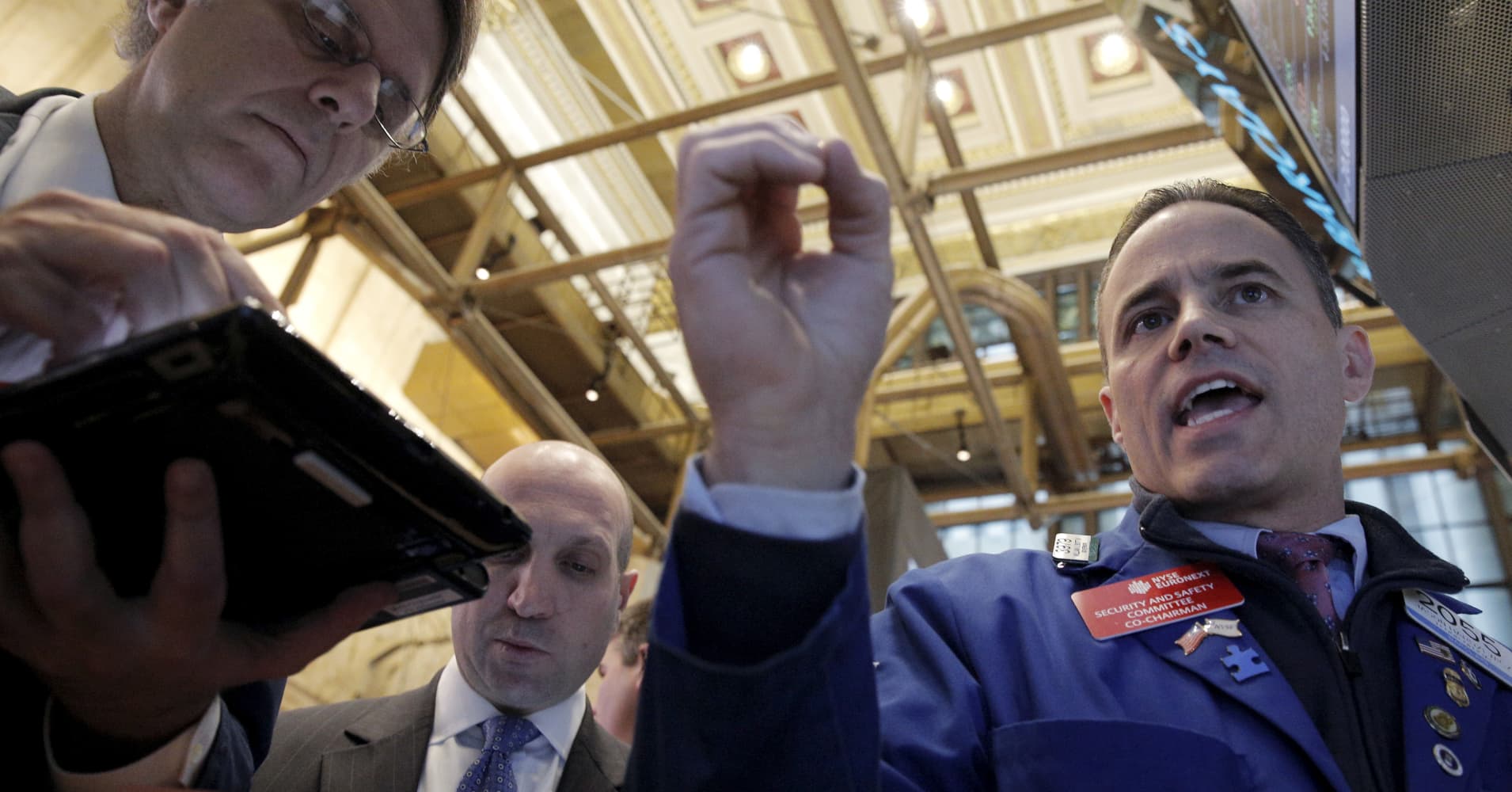 Check out the companies making headlines before the bell:

Foot Locker – The athletic apparel and footwear retailer reported adjusted quarterly profit of $1.45 per share, 20 cents a share above estimates. Revenue also beat forecasts, but comparable-store sales fell by 2.8 percent — that was smaller than the Thomson Reuters consensus estimate of a 3.9 percent decline.

Hibbett Sports – Hibbett, also a retailer of athletic apparel and footwear, fell 3 cents short of estimates with profit of $1.12 per share, with revenue also missing forecasts. Comparable-store sales were down 0.3 percent, surprising analysts who had expected a 1.1 percent gain.

The Buckle – The seller of fashion accessories reported quarterly earnings of 38 cents per share, 2 cents a share above estimates. Revenue missed forecasts, however, even though comparable-store sales fell less than expected. Sales at stores open at least a year were down 3.1 percent, compared to a 3.4 percent Thomson Reuters estimate.

Deckers Outdoor – Deckers more than doubled the consensus estimate of 19 cents per share by earning an adjusted 50 cents per share for its fourth quarter. The shoe retailer also saw revenue beat forecasts on strong sales of its Ugg, Teva, and other brands.

Ross Stores – Ross beat estimates by 3 cents a share, with quarterly profit of $1.10 per share. The discount retailer’s revenue was essentially in line with forecasts, however it issued a weaker-than-expected current-quarter forecast for both comparable-store sales and earnings.

Apple – Apple was awarded $539 million in its patent retrial against Samsung, which had been accused of copying patents related to Apple’s iPhone. Samsung had previously paid $399 million for patent infringement, which would be credited against the total amount if the jury verdict is upheld on appeal.

United Continental – United as its non-executive chair, the first woman to lead the airline’s board of directors.

PayPal – PayPal was upgraded to “buy” from “hold” at Stifel Nicolaus, which said the payment processing service is in the early stages of transforming into a global platform. Stifel raised its price target on the stock to $99 per share from $82.

Lionsgate – The movie studio reported adjusted quarterly profit of 25 cents per share, compared to an anticipated loss. The company got a particularly strong contribution from its media networks unit, with “over-the-top” revenue more than doubling from a year earlier.